A desolate coastal region with the remnants of an old whaling industry.

Lots of shelter and moderate weather, but game is limited and there is a lot of hostile wildlife.

Desolation Point is one of the regions featured in The Long Dark.

Desolation Point is described as a stretch of coastal highway pockmarked with the abandoned remnants of a formerly thriving whaling industry.

The region can be found by going to the end of the Coastal Highway, passing through the Commuter's Lament, and continuing onward through Crumbling Highway and No. 3 Coal Mine.

It has 16 locations to discover including the connector mine (named "No. 3 Coal Mine") with Crumbling Highway.

There are many accessible locations within Desolation Point including:

There is an abundance of hostile wildlife in this region; 1-2 bears and 5-8 wolves patrol within this small and snaking stretch of coastal land. While firearm resources, bow resources, and non-predator fauna spawns may be limited, there are often many crafting resources and sometimes a fair number of medical supplies, depending on the difficulty level. This, in turn, can allow the player to win more wolf struggles and reserve rifle ammunition for bears.

One challenge that may arise with living in Desolation Point long-term is the relative lack of game, especially on Stalker and Interloper where intestinal parasites are a concern. While there are a number of rabbit groves scattered throughout the map, along with a possible moose spawn near Matt's Truck and a few ravaged deer carcasses, living deer aren't so easy to find. Only 2-4 deer spawn in the region, and they are found near Little Island and the frozen bay west of the Lonely Lighthouse. The region's food sources are further limited by its lack of cat tails and ice fishing. A good long-term strategy is to set out as many snares as possible to catch rabbits, while using the deer to supplement as needed.

Key shelters in Desolation Point include:

The lighthouse has a bed, a potbelly stove, plenty of storage and an amazing view of most of the region, weather permitting. This can be helpful spotting wolves in the immediate area. Two walking bridges connect the lighthouse to the main access road. There is also a rear path through a broken fence behind the lighthouse (use caution), that provides a shortcut to the Riken and the Hibernia processing plant. A number of wolves may patrol the entry road or along the ice below.

Hibernia Processing features large amounts of reclaimed wood, metal, and numerous trailers with beds. Plenty of storage is available, and a workbench and fire barrel are located downstairs. Many key tools can be found there: including the Hunting Rifle, Heavy Hammer, and Hacksaw. Multiple wolves and a bear can be close by, often just outside the the compound's perimeter fence.

The Riken is a beached ship that features a Forge, which can be used for cooking and metalworking if fueled with Coal. It can be very cold without high quality clothing, but its rooms and upper decks contain beds, storage, fuel, coal and items which can be broken down into Scrap Metal. Several green Wooden Crates can be found in the ship's belly, and when broken may contain useful items.

A key function of The Riken is that once industrially produced tools are depleted (Hunting Knives, Hatchets, and Bullets), its Forge can be used to craft makeshift versions with Scrap metal, Cloth, and Coal (the Improvised Hatchet, Improvised Knife, and Arrowhead). The Riken's Forge is one of only three in the game, the others are in the barn of the Old Spence Family Homestead in Forlorn Muskeg, and at Maintenance Yard in Broken Railroad.

The ship's uppermost deck can serve as a vantage point to look for and/or hunt Wolves, Deer, or a Bear that wander nearby. Also, Hibernia Processing for scavenging and Little Island to hunt rabbits and collect firewood are close by. 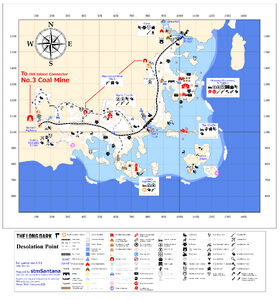 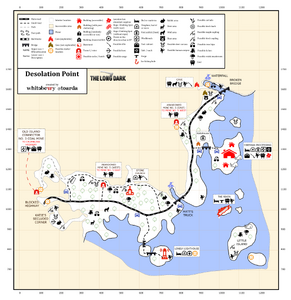 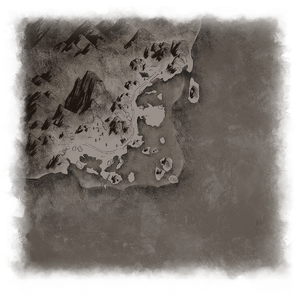