Bleak Inlet is the tenth region to be added to The Long Dark. It was released in the Errant Pilgrim update in December 2019. The region connects to Forlorn Muskeg and The Ravine.

Bleak Inlet is a cold and windy region of ruined coastal industry, and a ring of wilderness around it's namesake inlet of weak ice. Entry to Bleak Inlet can be done through a cave system from Forlorn Muskeg or via a ledge by climbing into The Ravine's basin.

It is the first region to feature packs of Timberwolves in Survival mode, and two unique workstations: the Milling Machine and Ammunition Workbench. An abundance of wildlife is present throughout the region, including many Deer, Rabbits, multiple Moose and a roaming Bear. The inlet has two ice fishing huts, offering another renewable source of food.

The region also provides a third spawn location for the Distress Pistol (atop the Fallen Lighthouse).

Initially the high elevation areas around Echo One Radio Tower can only be accessed via The Ravine. Once on this plateau, the player may deploy a Mountaineering Rope at a climbing point to allow bi-directional access between higher and lower elevations.

An electrically powered keypad-activated door seals the Last Resort Cannery (similar to those in Wintermute).

Due to the multiple widespread Timberwolves packs, it is dangerous to travel the region without weapons or Flares.

Bleak Inlet was formerly industrial an region to support the now ruined Last Resort Cannery (of Tin of Sardines fame). The cannery complex consists of ruined warehouses, docks, piers, sheds, semi-trailers, a sealed ship and a trailer. All of these structures are extremely cold, with only the trailer providing proper shelter.

The cannery plant off the pier is a workshop houses specialized equipment: the Milling Machine which allows repair of damaged or ruined tools and weapons, and the Ammunition Workbench which allows crafting new Hunting Rifle or Revolver ammunition with the Gunsmithing Skill.

Bleak Inlet is a little short of houses, let alone safe houses. There are two enterable structures that could serve this purpose: the first being the Cannery Worker Residences. One of the four of these buildings has a bed, fireplace, and some storage. Some wildlife might spawn nearby, including a Bear, as well as a notable Rabbit and Deer spawn near the Fallen Lighthouse.

Another possible safehouse is a small cabin located in a secluded corner of the map. It contains a Rim Grill, bed, and decent storage. Deer and Rabbits will spawn nearby, as well as Rose Hips and occasionally Timberwolf.

Bleak Inlet is a moderately large map with cold, windy climate and few indoor locations, making it challenging for even skilled survivors.

Additionally, there are a number of small, un-named caves scattered throughout the region.

Frozen delta behind the Inlet

The radio tower behind the Inlet

Trailers west of the Cannery 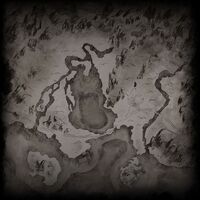 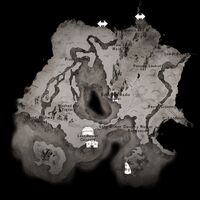 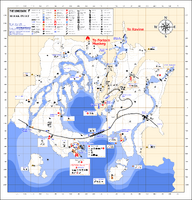 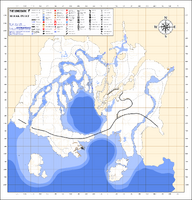 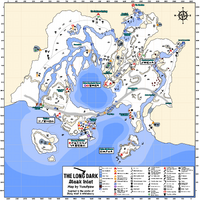 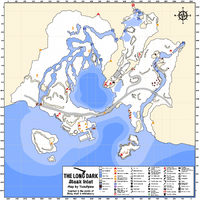 Retrieved from "https://thelongdark.fandom.com/wiki/Bleak_Inlet?oldid=35233"
Community content is available under CC-BY-SA unless otherwise noted.