Edit
watch 02:56
Raise a Floppa - The Loop
Do you like this video?
Play Sound

An old prison complex built under the shadow of Blackrock Mountain.

Blackrock is a region in The Long Dark on Great Bear Island, centered around a prominent mountain peak and Blackrock Penitentiary. It is the twelfth region to be added to Survival mode with the Perilous Constraint update in December 2021, and is the setting for Episode 4: Fury, then Silence. It is one of two regions, the other being Mountain Town, to be designed for Wintermute. This is the second region in Survival Mode to introduce timberwolves after Bleak Inlet, which are present in most major locations and along routes throughout the region.

This region is the first to contain Noisemakers and the Ballistic Vest, which were both added to Survival Mode in the Perilous Constraint update. Noisemakers are a craftable item that must first be found before they can be crafted. Once one has been found, they may be crafted at the ammunition bench. Similar to flares, they excel at scaring wildlife, and are invaluable for breaking timberwolf pack morale. The Ballistic Vest is a new accessory item only found in this region. It is equipped to the accessory slot, and provides incredibly high protection from wildlife at the cost of mobility and carry capacity.

Although Blackrock is listed officially as a medium difficulty region, surviving here can be challenging. While there are quite a few natural resources in the countryside away from the prison and the region has an abundance of vehicles and buildings for loot and shelter, anyone visiting Blackrock should beware of blizzards; they are very common in this region, and can make navigation challenging, although the lack of wide open spaces (unlike for example Pleasant Valley) makes it harder to get lost. Possibly the greatest hazard, however, is the region's high predator density; it is quite difficult to travel through the region without attracting the attention of one of the many Timberwolf packs, which can quickly kill an unprepared player. Fortunately, the presence of an ammunition crafting workbench at the prison makes it easy to craft Noisemakers, which will help deal with Timberwolf packs, and allows players to easily replace ammunition used in self-defense.

There are several options for a long-term base in the region, with the most obvious being the prison itself, offering nearly limitless storage and both normal and ammunition crafting workbenches on-site, along with good hunting just outside the yard, and an indoor connection to the western part of the map via the Steam Tunnels, useful in poor weather. For those who don't want to live in the prison, the Old Substation, with its workbench and outdoor fire barrel, is another option, along with the trailer at Foreman's Clearcut. Both locations are located near Timberwolf packs, however.

As with most regions, Blackrock Mountain features a number of discoverable locations: 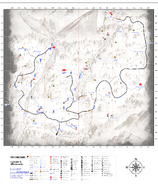 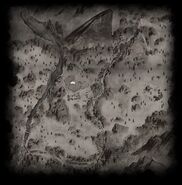 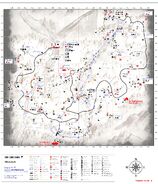